We got next campaign

What started as an effort to increase sales for our client in tandem with our city's passion for bringing back the Sonics turned into a viral marketing campaign that gained national media attention. This campaign was successful because of our attention to every detail and intentional approach of capturing a large audience that is passionate about one thing specifically: The Seattle SuperSonics.

We developed the catchphrase ‘WE GOT NEXT’ and designed the campaign identity, which included rally cards, t-shirts, hype videos and social media graphics. 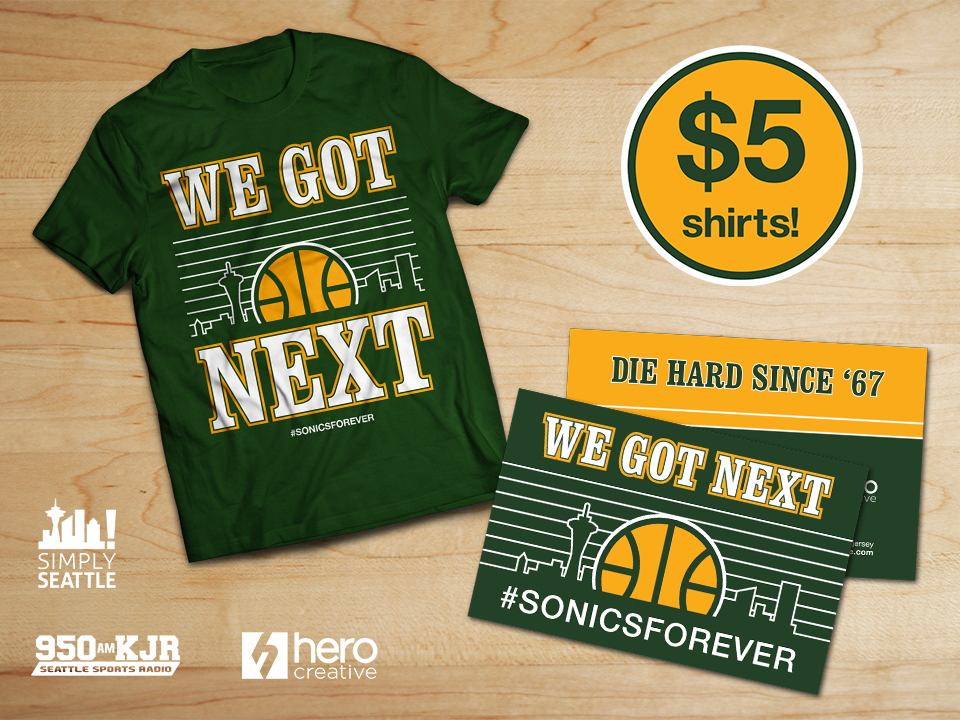 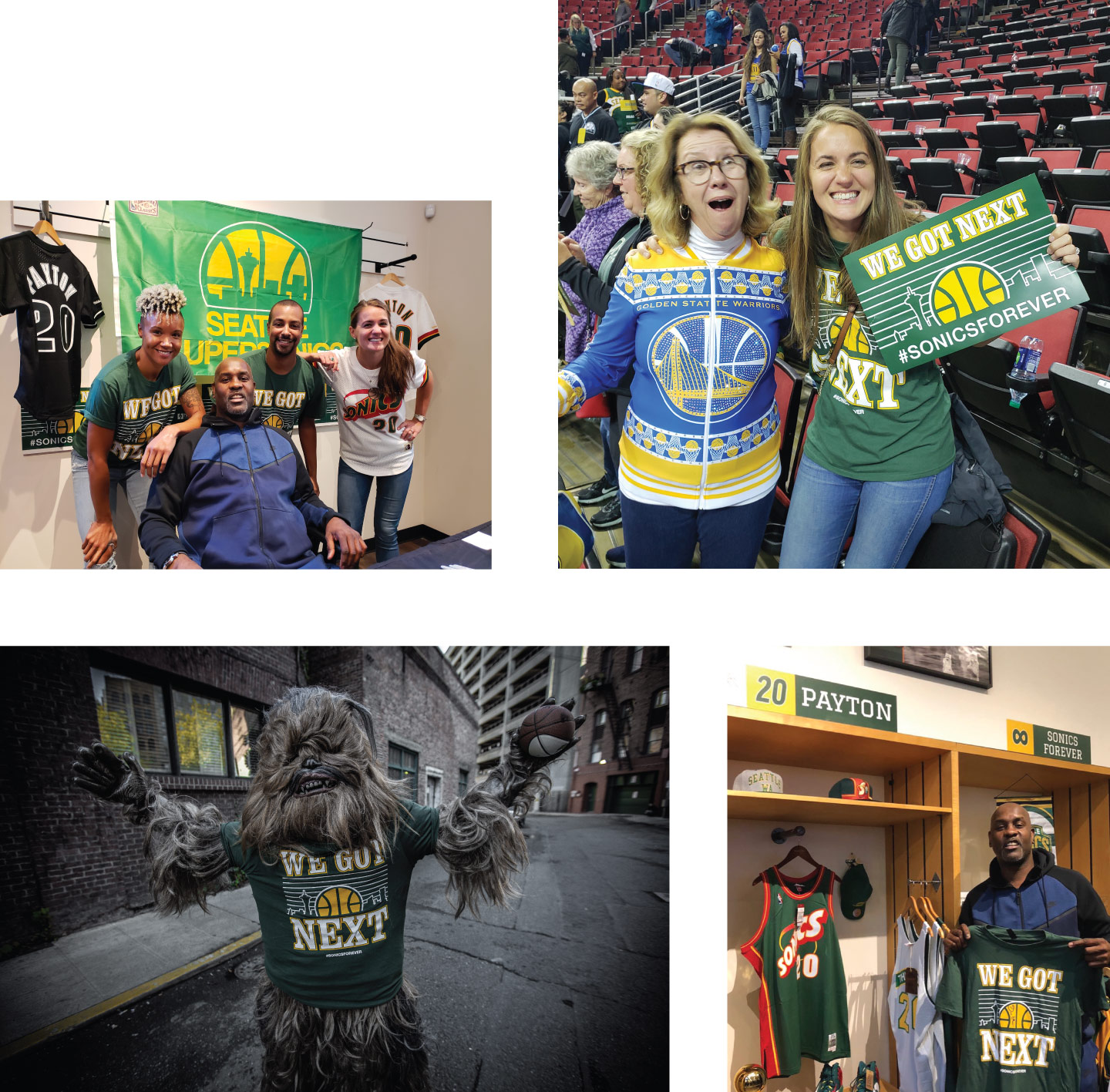 All items created helped Simply Seattle achieve a huge turnout to an autograph signing by NBA Hall of Famer and Seattle SuperSonics legend, Gary Payton, as well as a direct increase in sales. We handed out rally cards and t-shirts to 30,000 fans in order to represent the campaign at the Sacramento Kings vs. Golden State Warriors game, the last game ever held at the old KeyArena. Every news outlet in Seattle and a few national media outlets picked up the campaign. All in all, over 2 million total impressions were gained through our social media efforts.